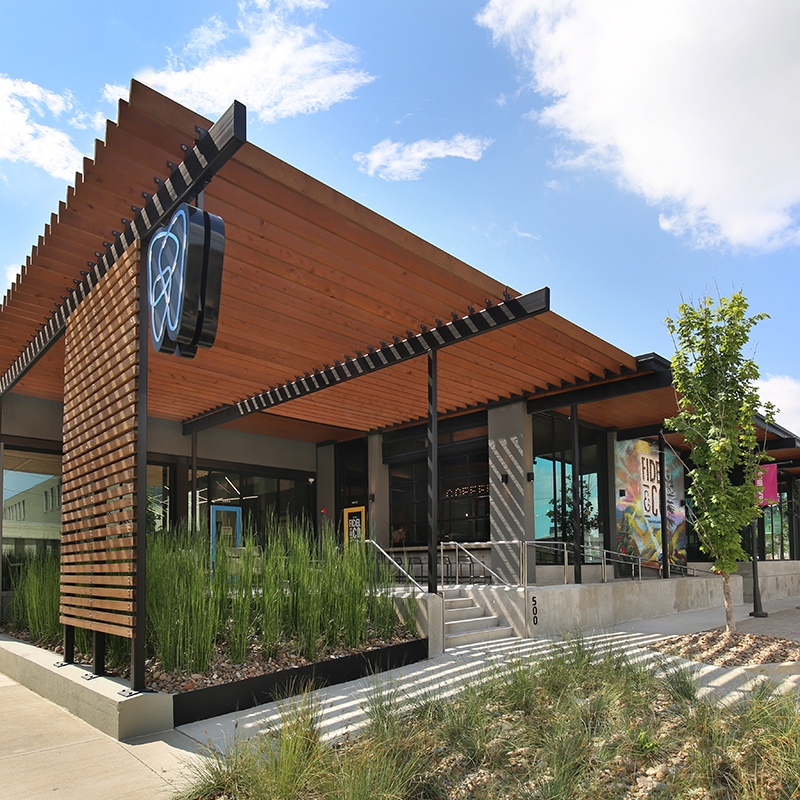 East Village, once farmland near Little Rock’s downtown, is brimming with potential

The following is an opinion article written by Rex Nelson. It originally appeared in the Arkansas Democrat-Gazette.

Those of us who are members of the Historic Arkansas Museum Commission tend to occupy the same seats for monthly meetings. When I sit down at the museum in downtown Little Rock, I look across the conference room at a painting of Ed Cromwell, whose work helped change the face of Arkansas. I like to think that having him watch over us keeps the board focused.

“What would Mr. Cromwell have done?” I sometimes ask myself.

Edwin Boykin Cromwell was born in the Philippines in November 1909. His father was the U.S. collector of revenue. Cromwell later attended Princeton University as an undergraduate and as a student in the graduate school of architecture.

After working during the Great Depression for the federal Resettlement Administration, Cromwell formed a partnership with Little Rock architect Frank Ginocchio. The firm became known as Ginocchio & Cromwell, and Cromwell worked there until his retirement in 1984.

What’s now Cromwell Architects Engineers is one of the oldest architectural firms in the country. Its roots date back to 1885, when it began with one architect and his draftsman son.

“By the 21st century, the firm had more than 100 employees offering a variety of services and could show an enormous body of completed work around the world,” Charles Witsell Jr., also a noted architect, writes for the Central Arkansas Library System’s Encyclopedia of Arkansas. “Most notably, the firm employed Charles Thompson (1868-1959) and his son-in-law, Ed Cromwell (1909-2001). …. Thompson retired in 1938.

“Theo Sanders and Frank Ginocchio continued on until Sanders withdrew. At that time, Cromwell, who came to Arkansas as an architect with the Resettlement Administration, was invited into the firm to succeed Sanders. Ginocchio and Cromwell divided the office duties: Cromwell assumed the responsibility for the inside work–design, drafting and business management–while Ginocchio stayed with construction supervision. The pair designed the Arkansas Governor’s Mansion, which opened in 1950.”

Engineering services were added to the mix in 1954. The firm gained its first foreign work in 1965 when it designed the U.S. consul’s housing in India. Later work at Little Rock Air Force Base led to U.S. Department of Defense contracts across the country. The firm changed to its current name in 2000.

Ed Cromwell was best known for his historic preservation work. He chaired the commission overseeing Historic Arkansas Museum’s predecessor, the Arkansas Territorial Restoration, for more than two decades. Cromwell also helped establish the Quapaw Quarter Association and played a leading role in restoring the Capital Hotel in the early 1980s.

The reopening of the Capital Hotel in 1983 was in an era that also saw construction of a downtown convention center, parking garage, convention hotel and public plaza. For years, the Cromwell firm kept its offices across the street from what’s now the Robinson Center and DoubleTree Hotel. Looking up and down Markham Street, employees could enjoy the fruits of Ed Cromwell’s efforts.

On this day, I’m on the other side of Interstate 30 at the current headquarters of the Cromwell firm, visiting with company president Dan Fowler. He explains why this well-known business decided to turn its gaze eastward.

“In about 2015, with the Robinson Center’s $70 million renovation having been approved, we realized that the crowning achievement for that neighborhood was about to happen,” Fowler says. “Mr. Cromwell had invested lots of time and effort to bring that part of the city back to its former glory. We decided that was no longer where we needed to be.

“It was a chance for our firm to assess what kind of work we wanted to do in Little Rock and where we could best do that work. We had been downtown since the firm was founded in 1885. We knew we didn’t want to leave downtown. A downtown presence was important to all of us. But we decided there was more opportunity on the far eastern edge of downtown.”

The building east of Interstate 30 that the Cromwell firm calls home was constructed in 1947 for Stebbins & Roberts. It was the only industrial building designed by Burks & Anderson, once a prominent Arkansas architectural firm.

A.H. Stebbins and Gardener Goldsmith began a sign-painting business in 1914 in the basement of a small building downtown. In 1916, they began manufacturing paint. In 1919, Lindsey Roberts, the son of a well-known plantation owner, bought Goldsmith’s interest in the business.

According to a history of the building on the East Village website: “The company placed sales agents in towns across Arkansas, selling Benjamin Moore paints, linseed oil and wallpapers. After World War II, Stebbins & Roberts experienced massive growth with 1946 being the most lucrative year in the company’s history. To accommodate this growth, Stebbins & Roberts built an office and factory building in what was known as the East End. The construction plans were announced in the Arkansas Gazette in May 1947.

“The company continued to expand in the 1950s and 1960s. It received several high-profile supply contracts, such as the formulation of a clear varnish that was applied to the gold-leaf dome of the state Capitol. The warehouse became overcrowded in the late 1960s, resulting in the decision to expand the original building. A large wing was added to the east. The addition was completed in 1971. High-profile supply contracts in the late 1970s and 1980s included the Excelsior Hotel, Capital Hotel and Tower Building.”

The company name changed to Sterling Paint in 1995. Sterling was acquired by Iowa Paint in 2003. In late 2015, the Cromwell firm purchased the building and began turning the 50,000-square-foot structure into a mixed-use facility with loft apartments and a restaurant in addition to the firm’s headquarters. Known as the Paint Factory, it became the East Village flagship. Cromwell worked on the project in conjunction with the Moses Tucker real estate firm.

“When we decided it might do us good to move, we looked at the area around the train station, at South Main and along Capitol Avenue,” Fowler says. “We asked ourselves where we had the potential to do the most good. We walked through this building, and it just spoke to us. The building had great bones, and the surrounding neighborhood had a lot of potential.”

Immigrants had once worked on small farms in this lowland area east of the city’s historic core.

The East Village website notes: “The location along the banks of the Arkansas River and the presence of the Missouri Pacific and Rock Island railroads that arrived in the late 1800s helped change it into a thriving industrial area. Late 19th-century maps of Little Rock show industrial activity concentrated along the banks of the Arkansas River between Cumberland and Byrd Streets, which is in the area that now contains Interstate 30.

“The early 20th century saw an increasing number of heavy industrial concerns such as foundries, cotton mills, freight yards, lumber yards and furniture factories. Several small worker housing developments replaced the farms and homesteads that were the first structures in the area. The industrial concerns were connected to commercial sectors to the west by Third, Sixth and Ninth streets.”

Phil Brandon’s Rock Town Distillery opened on East Sixth Street in 2010. The business moved in 2018 to the former Jungkind Photographic building along South Main due to the need for more space.

Rock Town’s initial success in East Village convinced the owners of Lost Forty Brewing to locate in the neighborhood in 2014. Meanwhile, Rock Town’s former location was rebranded as the Distillery Building and now is home to Rock Dental Brands, a dental management organization formerly in the River Market District, and Fidel & Co., an upscale coffee shop that opened in January 2020.

In 2016, Rebel Kettle Brewing Co. opened in East Village. Yellow Rocket Concepts, the owner of Lost Forty, now has its Camp Taco restaurant and small-batch brewery at that location.

At the same time Cromwell announced its plans to move to East Village, the eStem public charter school announced that it would come to the neighborhood with a campus serving students from kindergarten through the eighth grade. The new school opened in July 2018.

Earlier this year, Lyon College of Batesville announced that it will open dental and veterinary schools in East Village as part of the college’s Institute of Health Sciences. Classes could start in 2024 or 2025. The college is partnering with a private company, OneHealth Education Group. OneHealth purchased the Heifer International campus to house the two schools. Heifer International will remain headquartered there, leasing space from OneHealth.

Once both schools are at full capacity, almost 1,000 students, faculty members and staff members will descend on the neighborhood each day. That should make it one of the hottest areas for development in the state. A presidential library, the University of Arkansas’ Clinton School of Public Service, a public charter school, a dental school and a veterinary school could make for quite a neighborhood.

Add to that mix the Arkansas Symphony Orchestra‘s Stella Boyle Smith Music Center. The orchestra is planning to build the $4.5 million complex between the Clinton Center and Heifer International campus. The 20,000-square-foot facility will have a grand hall for rehearsals and concerts, practice spaces, classrooms, climate-controlled instrument storage, office space and a streaming studio.

“Rock Town’s success showed us that people would come to this part of the city,” Fowler says. “When the dental and veterinary schools open, there will be a need for additional housing and services. We don’t want those students and faculty members leaving the neighborhood at the end of the day. We want them to live here.”

Mike Callahan, who directs Cromwell’s structural department, calls Lyon’s decision to place two professional schools in the neighborhood “a game changer for all of downtown. The activity level over here is about to go through the roof. When Dan first started talking about moving, we thought he was crazy. We soon learned this was the right place at the right time.”

The Paint Factory includes 12 Star Flats, which are 16 one- and two-bedroom apartments in the industrial style. They filled up quickly. There’s an on-site fitness center, an outdoor patio and a community meeting space called the Mixing Room.

“There are still about 30 acres between here and the interstate that are ripe for development,” says Fowler, who started at the Cromwell firm as a 19-year-old summer intern. “The potential is here for additional projects that will change the face of downtown Little Rock. We’re soon going to need a bunch of single-family homes along with multifamily housing.”

If he were around to see what’s happening in East Village, there’s little doubt that Ed Cromwell would be smiling. Thanks in part to the firm that bears his name, another neighborhood has been revitalized. 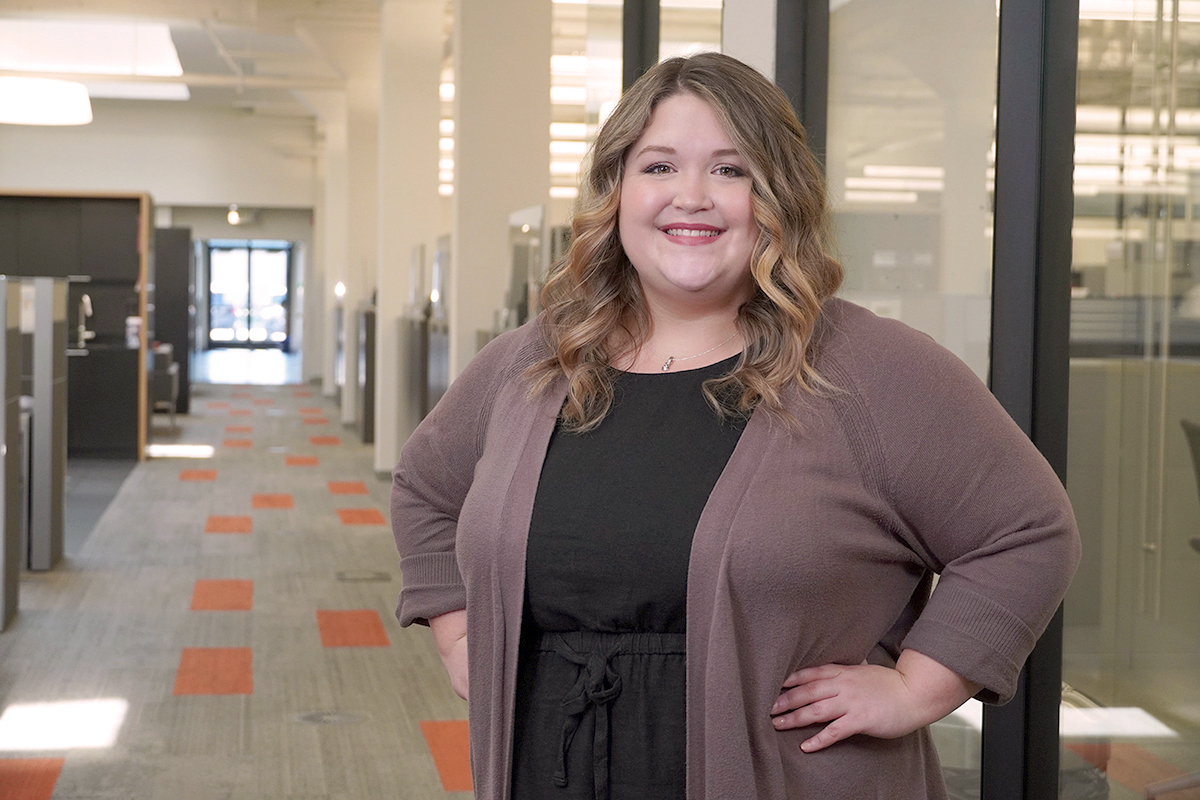 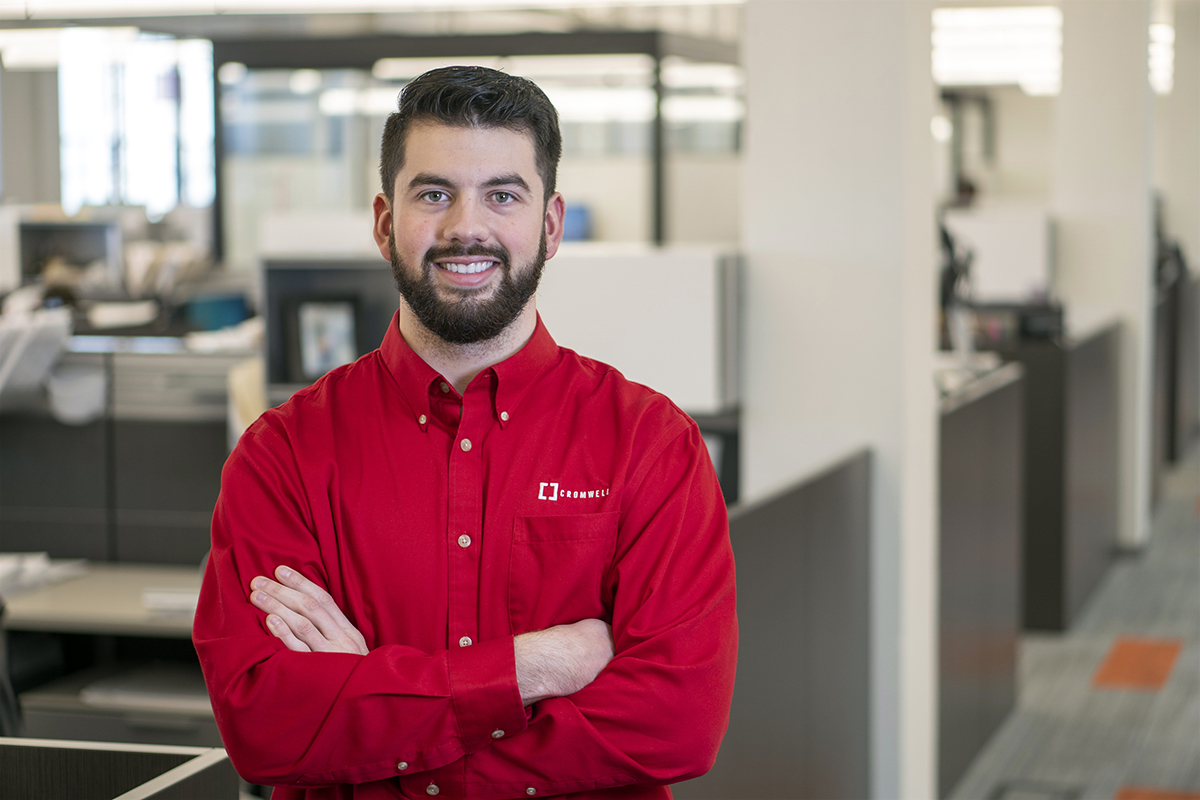