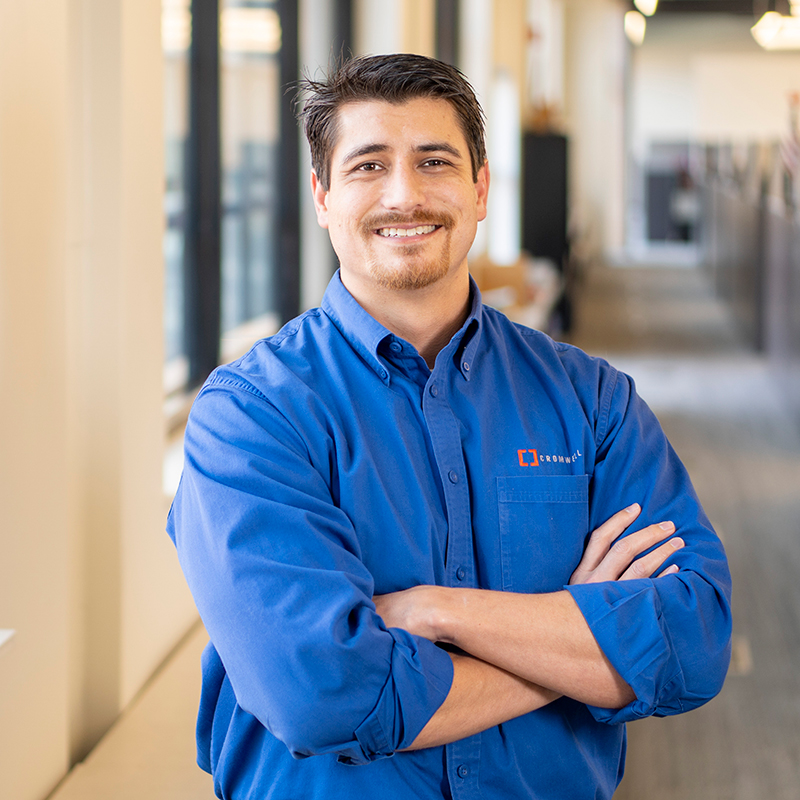 Engineer Rich Walters has spent 15,048 hours of his 17-year tenure with Cromwell working on projects for Arkansas Children’s.

Rich’s first major project with Cromwell was the Arkansas Children’s Research Institute and Nutrition Center expansion in 2004. Since then, he’s helped to complete over 200 projects and has half a dozen more currently under design or construction.

“Suffice to say that Arkansas Children’s has played a predominant role in shaping my career,” Rich said. “I would like to think that I’ve had the same impact on the hospital.”

And, Rich’s family has been personally impacted by Arkansas Children’s. When his son was young, his dysphagia caused several swallowing problems and he aspirated on a piece of corn at daycare. This led to a Christmas Eve stay at the hospital.

“The doctors did an amazing job treating his body but what they did for our spirits was the true miracle,” Rich said. “When Santa Claus made a surprise visit to our room that night, the smile that appeared on my son’s face made everything better.”  Soon after, Rich’s son made a full and quick recovery.  The visit made a lasting impact on Rich both personally and professionally.

“A hospital can have the best radiology suites and operating rooms but what sets Arkansas Children’s Hospital (ACH) apart is the care that is taken to make the building more than just a hospital,” he said. “It is that care that makes ACH a great place to be a patient, and a great place to work. It has been an honor for me to be a part of a team that helps the miracle workers at ACH.”

While Rich has worked on a lot of projects over the years, the one he is most proud of is the Central Utility Plant on the ACH campus.

“People often confuse that the project you’re most proud of would be the biggest, or the most visible, but for me it’s neither of those things,” he said. “The Central Utility Plant systems give life to the hospital and affords the opportunity for future growth.”

Rich’s career goal is to help as many people as possible.

“We shouldn’t be isolated individuals that only have selfish ambitions,” he said. “As a society we should strive to improve the lives of those around us as well as future generations. Promotions and leadership positions help to spread our reach as we cast a wider net to benefit more people. To be remembered as someone who made this world a better place would truly be an accomplishment.”

And, he believes that no other healthcare projects that we work on have a greater impact on our future than the one’s with Arkansas Children’s.