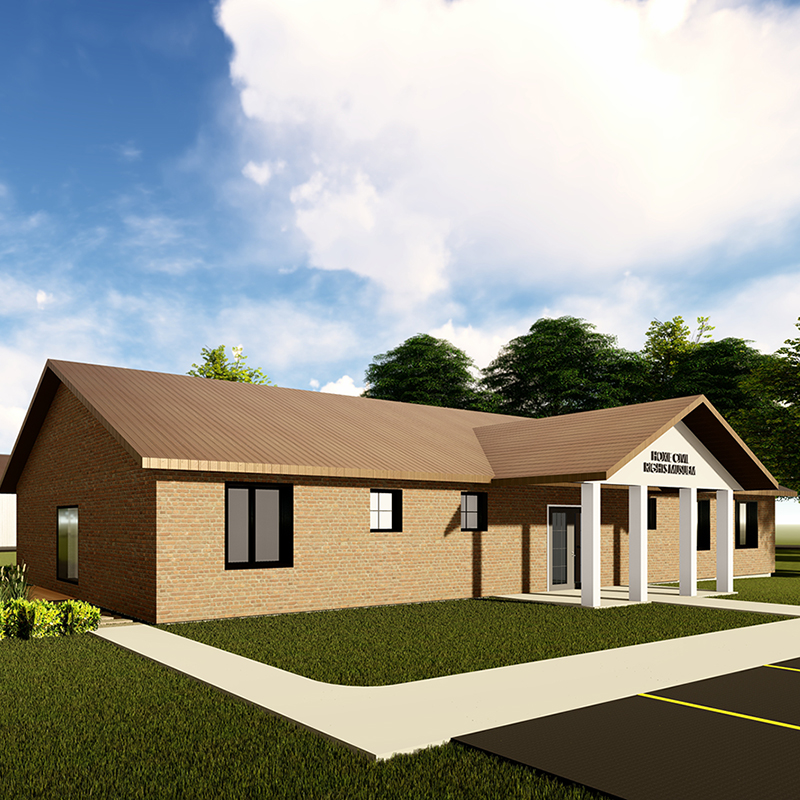 An important piece of telling the story of school desegregation in Arkansas is in the works through the Hoxie: The First Stand Civil Rights Museum. This museum will share true stories of courageous leadership, personal accountability, and collective respect for the rule of law during the Hoxie School District’s desegregation efforts in 1955. While much work has been done to make the museum a reality, planners are hoping to raise about $650,000 to transform a former masonic hall into an immersive museum.

The Hoxie School District was one of the earliest to voluntarily integrate their school district in the State of Arkansas. In June of 1955 the all-white school board voted to desegregate the school district. The superintendent of schools, Kunkel Edward Vance, cited three reasons for integration: it was “right in the sight of God,” it complied with the Supreme Court ruling in Brown v. Board of Education of Topeka, Kansas, and it saved money.

However, after being featured in LIFE magazine in July of 1955, the school district gained opposition. The magazine featured Hoxie in a pictorial essay to recognize small Southern community’s complying with the Brown vs. Board of Education ruling to integrate schools. The feature drew attention to the community and segregationists from other communities descended upon the town in an attempt to get the school board to rescind its order of desegregation. On August 13, 1955 two representatives from the Little Rock chapter of White America attended a segregationist rally in Hoxie. At this rally 1000 signatures were presented requesting the resignation of all school board members. The school board did not resign.

After this loss by the segregationists they began targeting politicians. This eventually led to Governor Faubus intervening in the desegregation of Little Rock’s Central High School in 1957.

The museum board has purchased the 2,736 square foot former Hoxie Masonic Hall to be renovated into a museum. It is positioned within walking distance of the original school where students integrated in 1955.

The museum board worked with James Volkert of Exhibition Associates in Conway and Cromwell Architects Engineers in Little Rock to create plans and an initial design for the museum.

The renovation of the hall for the museum will provide space for community meetings, events, and activities. The plan provides exhibition space, classroom space, office and archival storage, and public amenities.

Currently, the story of the Hoxie integration is mostly being told by word-of-mouth. The establishment of a physical museum will allow the story to be told through an immersive experience for generations to come. The goal of the museum is to share the story of the Hoxie desegregation and its unique contribution to the Civil Rights Movement not only for Arkansas, but also for the nation, and to encourage independent learning among students, scholars, and visitors by:

Like most projects, Hoxie’s efforts have been disrupted by the ongoing pandemic. A 65th anniversary observance and a proposed fundraising concert have had to be postponed.

The $650,000 to be raised will go toward designing, renovating, and furnishing the museum. It will also go toward designing and installing an interactive exhibition and developing curriculum in collaboration with the school district.

The museum board is currently seeking monetary contributions, volunteers to assist with researching and grant writing, and assistance with fundraising efforts.