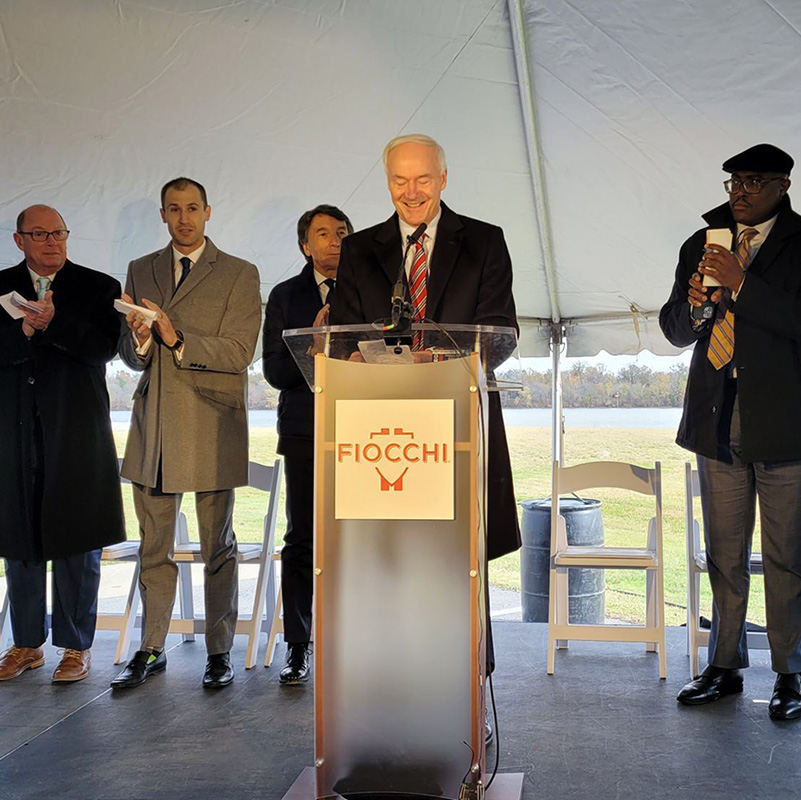 Fiocchi, a global leader in defensive, target, and hunting ammunition, announced today the selection of a 281-acre site in the Port of Little Rock, Arkansas for a new ammunition primer manufacturing facility, expanding its operations presence in Little Rock. Representing a $41.5 million investment and a 120-person workforce expansion, the new production operation will pave the way for future growth in Arkansas and provide much-needed primer supply relief for the broader ammunition manufacturing segment.

The new facility will be one of only six primer manufacturing operations in the U.S. and the only dedicated lead-free primer plant in the world. Fiocchi evaluated five locations across three states for the expansion. Little Rock was selected as the preferred location after a thorough site selection search that evaluated real estate compatibility, logistical infrastructure, workforce capability, and support from state and local leadership.

This new initiative follows three major acquisitions by Fiocchi over the last two years, including premium shotshell manufacturers Baschieri & Pellagri and Lyalvale Express, plus a division of Grandeur Fasteners of Little Rock, Ark. The latter provided Fiocchi the opportunity to stand up the expansive Little Rock operations and to pave the way for the new primer manufacturing facility.

“This groundbreaking represents another significant milestone in Fiocchi’s long-term plan to strengthen and expand our manufacturing capabilities,” said Maurizio Negro, Fiocchi Group CEO, “and to bolster primer supplies not only for Fiocchi products but also to increase supplies for the ammunition manufacturing industry at large. We sincerely appreciate the support of Governor Hutchinson, Secretary of Commerce Mike Preston, Jack Thomas of the Little Rock Chamber of Commerce, Bryan Day of the Port of Little Rock, and all partners involved who helped make this possible.”

Fiocchi is the technology leader in lead- and heavy-metal-free primers and is the only manufacturer of lead-free primers to receive NATO qualification. This new initiative compliments Fiocchi’s major commitments to the sustainable technology segment, which includes lead-free projectiles, non-toxic shot, and biodegradable components under the company’s EnviroShield initiative.

“Our focus on Little Rock for this major expansion comes from an ideal alignment of several considerations,” said Fiocchi of America President and CEO Anthony Acitelli. “Aside from our strong ties with the state and local governments, Arkansas has a highly experienced and energetic labor force to call upon. Furthermore, streamlined logistics with other plant operations combined with management and supply chain efficiencies make Little Rock a logical choice. We will also benefit from logistical synergies with our ammo manufacturing industry partners.”

“Today I am pleased to celebrate Fiocchi’s growth, which is also a demonstration of the continued expansion of the firearms and ammunition industry in our state,” Governor Asa Hutchinson said. “Over the past several years, my team and I have had opportunity to build a relationship with Fiocchi—meeting with Fiocchi leadership during our visits to the SHOT Show, which is the industry’s leading trade show, and even during my most recent trade mission to Europe. Fiocchi’s decision to grow in Arkansas speaks to the significance of maintaining the business-friendly climate that Arkansas is becoming so well known for.”

“For the past eight years, Governor Hutchinson has made firearms and ammunition a priority industry to grow and diversify our state’s economy,” said Secretary of Commerce Mike Preston. “Governor Hutchinson was the first Arkansas governor to attend the SHOT Show, and he has led an Arkansas delegation to the show every year since then in an effort to actively pursue and welcome premier companies like Fiocchi to Arkansas. For more than a century, Fiocchi has been a leader in its industry, and we have witnessed firsthand their commitment and excellence in business. This expansion will help Fiocchi reach more customers as they continue to strengthen their brand throughout the region, and we are excited to celebrate alongside them today.”

“Fiocchi joins a growing list of world-class international businesses choosing to locate at the Port of Little Rock,” said Pulaski County Judge Barry Hyde. “Fiocchi is a leader in sustainable technology, and we are proud to welcome their investment in Pulaski County.”

“The best compliment a community can receive is when a company invests, then turns around two years later and doubles down on their investment,” said Jim Cargill, 2022 Chairman of the Little Rock Regional Chamber. “This significant investment signals that Fiocchi is pleased with our regional workforce and business climate in Central Arkansas.”

“We are proud to welcome Fiocchi to the Port of Little Rock, said Bobby Brown, Chair of the Little Rock Port Authority Board of Directors. “Fiocchi’s advanced manufacturing facility will be a great addition to our growing industrial park, and we look forward to their success.”

Fiocchi will begin construction in 2023 and anticipates its first stage of operational capacity of its Little Rock primer manufacturing facility in early 2025. For more information about Fiocchi ammunition, including inquiries about available positions, visit FiocchiUSA.com.

Cromwell is the firm of record for this project. 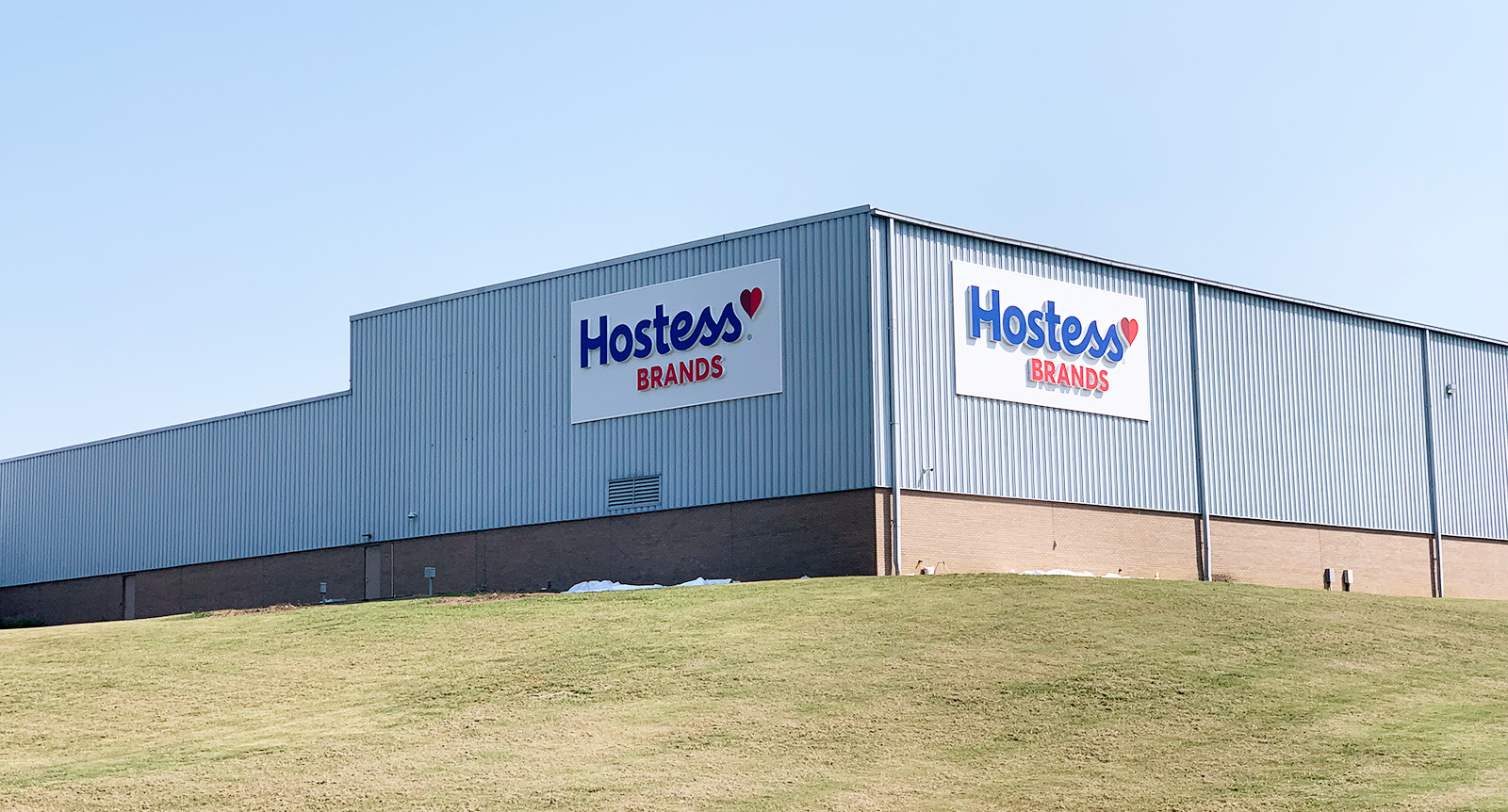