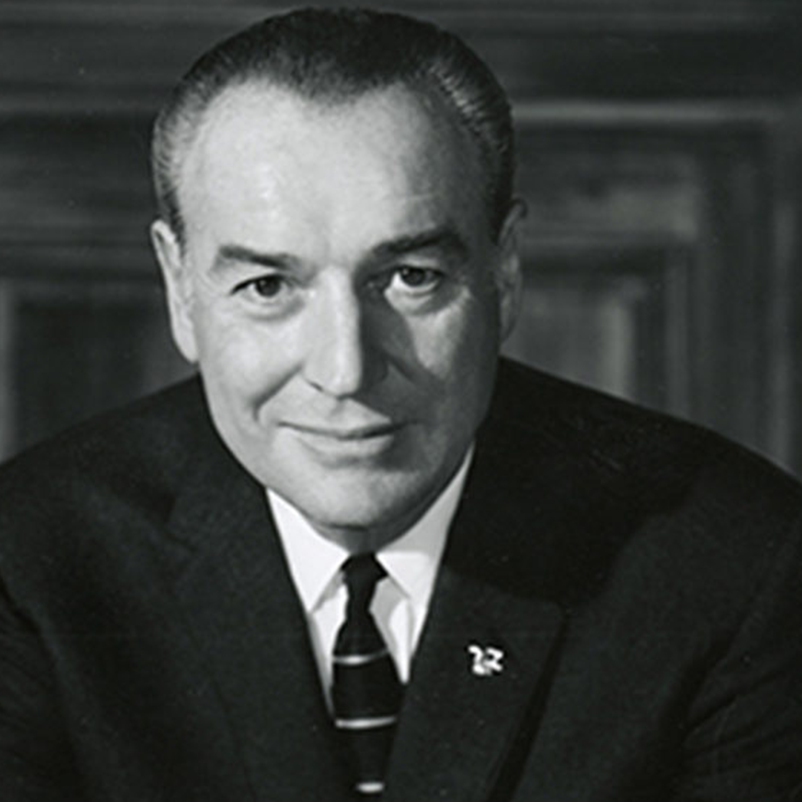 Earlier this year, Arkansas-based Hytrol announced that the company would be establishing a facility with hundreds of jobs in Fort Smith to support its existing Jonesboro operation, which employs 1,200 workers. The story of Hytrol in Arkansas dates back to 1962 when the company, with 26 jobs at that time, was recruited by the Arkansas Industrial Development Commission (now known as the Arkansas Economic Development Commission), led by AIDC’s founding Chairman Winthrop Rockefeller.

The industries that were recruited to the state by the AIDC during Rockefeller’s tenure as chairman of the AIDC and his time as governor were the foundation for Arkansas’ move from an agrarian economy to a more diverse economy with a strong industrial base. This is one of the most important pieces of his legacy as a man who transformed Arkansas.

Winthrop Rockefeller, grandson of the great oil tycoon John D. Rockefeller, was not what most people expected him to be. Rather than taking a position in his family’s oil empire, he dropped out of Yale University and became a roughneck on a Texas oilfield. Rather than financing WWII from the home front, he won a Purple Heart and a Bronze Star at the Battle of Okinawa. In 1953, he again defied expectations by leaving the high society of New York to settle in Arkansas, building a ranch on Petit Jean Mountain.

Rockefeller was warmly received by most Arkansans, and he quickly adopted the state as his own. As a Rockefeller, he followed the family tradition of philanthropy, and in just his first three years in Arkansas he donated over $600,000, which would be nearly six million dollars today. He quickly gained the attention of Governor Orval Faubus, who appointed him as chair of the newly created AIDC in 1955.

Arkansas’ economy, heavily based on agriculture and timber, had long been stagnant. Mechanization of agriculture resulted in fewer farm jobs, leading the population of the state to drop drastically as people left to find work elsewhere. Even the mass mobilization for World War II had done little to establish industry in the state, and many who had returned from the war were disappointed at the lack of opportunities.

Rockefeller, however, worked to turn things around; during his eight years with the AIDC the economy of Arkansas expanded massively. He began a program of personalized solicitation to attract industrialists from across the country, along with basic information needed by business executives to decide on plant locations. The Commission also initiated the “Six Point Preparedness Program,” which aimed to help communities develop and prepare themselves for industrialization.

The first industry brought to Arkansas by the AIDC was Gay Apparels at Cotter. This was followed by some 600 new industries that provided 90,000 jobs (at a time when the population of the state was less than two million) that paid an annual $270 million in wages. Industrial wages in Arkansas grew by 88 percent, compared to the national average growth of 36 percent. New manufactories produced textiles, electronics, automobiles, aircraft, plastics, and metals. Companies including Firestone, Coca-Cola, and Jacuzzi International opened plants in Arkansas. The agricultural industry was also expanded and developed, moving from raw foodstuffs to finished, consumer-ready products. Rockefeller’s own cattle ranch on Petit Jean was state-of-the-art and set new standards for the cattle industry. The growth of industry stimulated the economy in other ways as well; many new factories needed to be constructed, and the AIDC partnered with local engineering firms such as Ginocchio, Cromwell, Carter, and Neyland, Inc. to design them. The outflow of Arkansas’ population was not only stalled, but reversed, rising from 1,704,000 in 1956 to 1,789,000 in 1960.

The crisis caused by Governor Orville Faubus’ response to the Little Rock Nine had stopped the flow of industry into Arkansas, so Rockefeller decided it was time to get into politics. In 1966, backed by reform-minded Democrats and Republicans, Winthrop Rockefeller narrowly defeated James D. Johnson, becoming the first Republican to be elected Governor of Arkansas since 1872. Black voters were the deciding factor, choosing Rockefeller over the openly segregationist Johnson. Despite being elected with bi-partisan support, he faced an almost completely Democrat legislature: out of the whole state legislature, only three representatives were Republican. His greatest concern was education, which he considered vital for all things, but especially the growth of industry. He was a major supporter of civil rights, quietly completing the integration of schools and rehabilitating Arkansas’ image. When Martin Luther King Jr. was assassinated, Rockefeller was the only southern governor to hold a ceremony of mourning, which likely helped Little Rock to avoid much of the rioting that struck many other cities. He made significant reform to Arkansas’ infamous prison system and opposed the death penalty; one of his last acts as governor was to commute all death sentences in the state to life in prison. He also passed Arkansas’ first minimum wage law.

In his second term, Governor Rockefeller attempted to significantly raise taxes to improve education and healthcare under the slogan “Arkansas is worth investing in,” but the bill was completely rejected by the legislature. In the 1970 election, he lost to a previously unknown Democrat named Dale Bumpers who promised reform, not unlike Rockefeller himself had done. After his loss, he stated, “It has been said by some that I asked for too much. Perhaps so. You tell me – what quality of leadership would ask too little? What sort of leadership would be content merely to maintain a standard of living that for so long has been so meager for so many? The shame upon me and my administration would have been in not struggling for something better. Today, I am not ashamed … The most meaningful measurement of progress is that certain things are no longer acceptable to us as a people.”

Today, Rockefeller’s efforts to improve Arkansas’ economy and education are echoed by Governor Asa Hutchinson, who has publicly expressed his admiration for Rockefeller and the actions he took to improve our state. His methods do differ somewhat; whereas Rockefeller attempted to raise taxes, Hutchinson has made huge tax cuts in order to make Arkansas more business friendly. A closer parallel is education, where he has introduced required computer coding classes in every public high school to prepare students for high tech industries. Things have changed a great deal in the decades since Rockefeller was governor. Although some of his contributions have been forgotten, Rockefeller built a solid economic foundation that Arkansas stands on today. The buildings that were built to house new industries are now home to other businesses in a stronger economy. Winthrop Rockefeller’s vision continues to be something to which we can all aspire: to make Arkansas something to be proud of. 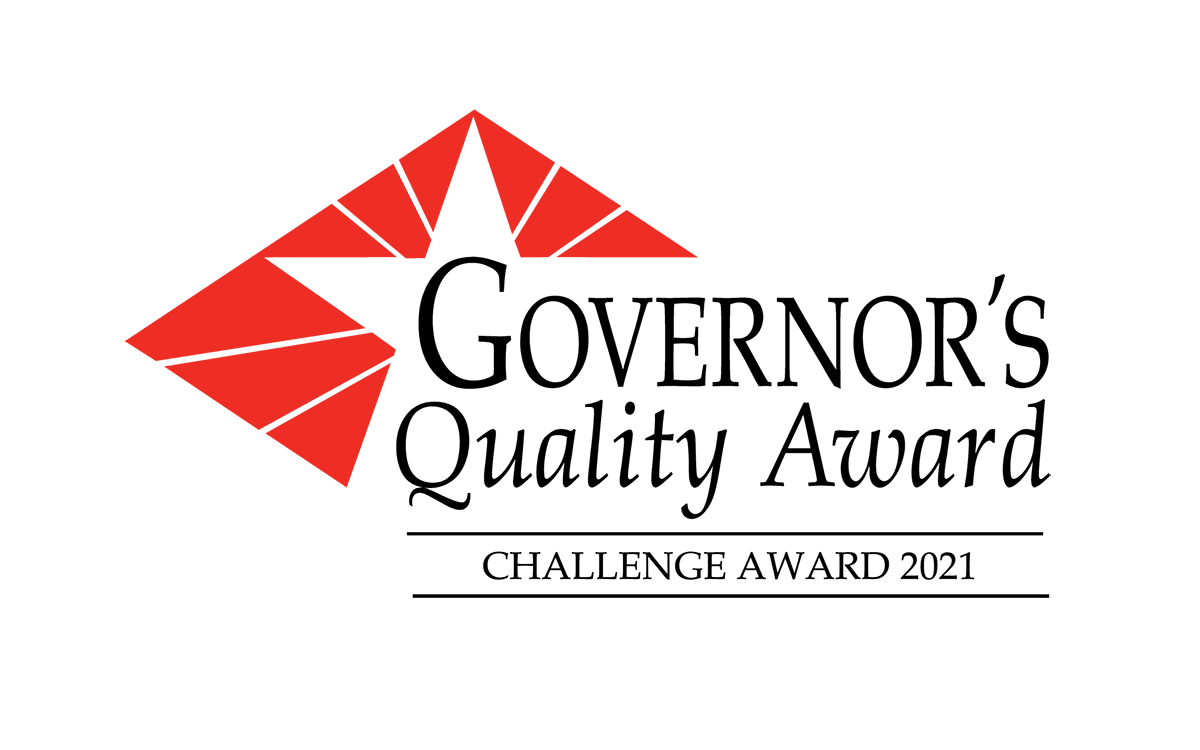