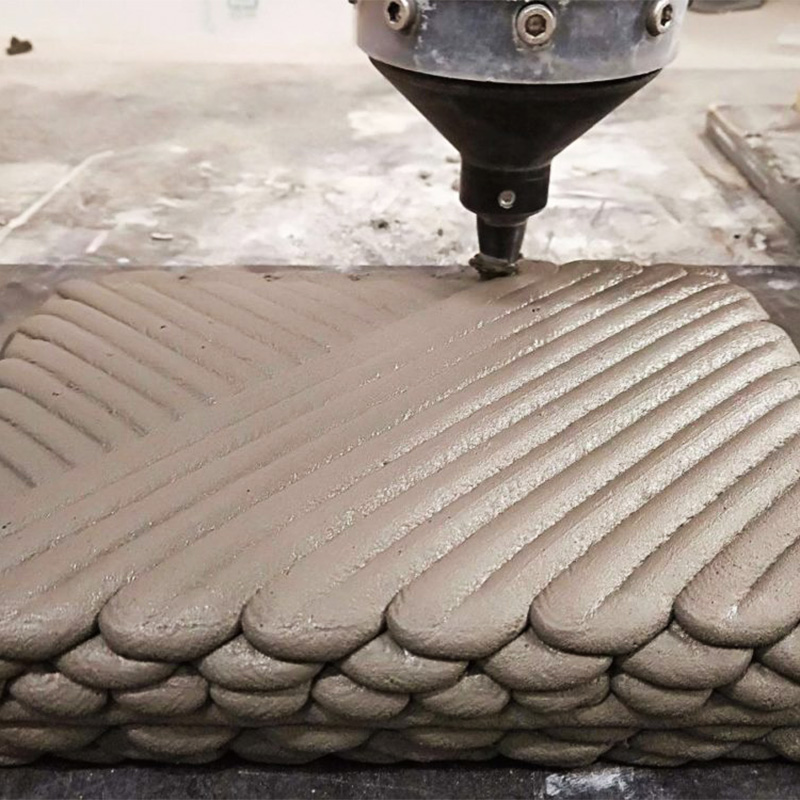 Building the Future: A Look at Printing 3D Concrete Homes

Those who have seen the Pantheon in Rome know concrete buildings are durable and can last a very long time. Concrete has been used in construction for thousands of years, with the Romans being the first to use it regularly in their construction.

One of the most recent ways that concrete is being utilized in construction is in 3D printing. Researchers have experimented with concrete printers for decades, but recently this technology turned a corner and became a viable way to print the walls for buildings.

Something new and amazing is happening at 217 Carnation Street, in Richmond, Virginia. A 3D concrete printer is being used to print the walls of a home by a group out of Virginia Tech University. Working with Alquist 3D, the team out of Virginia Tech have printed the exterior walls for the home using a COBOD BOD2 3D concrete printer made in Denmark.

The project is being accomplished with an innovation grant that the Virginia Center for Housing Research at Virginia Tech received from Virginia Housing, the state’s housing authority. The single family prototype home is expected to be completed and ready for occupancy by the end of 2021. The team’s goal is to build a prototype that can be replicated in underserved communities nationwide, with a focus on rural communities.

The BOD2 concrete printer is a gantry style printer. Four towers support the two side-beams that provide movement in the y-axis direction as well as vertical movement. A single cross-beam supported on each end by the side-beams carries the printhead, which moves along the cross-beam to provide movement in the x-axis direction. High strength concrete is mixed onsite, then pumped into a hose that is connected to the printhead. As the concrete is pumped out of the nozzle, the printhead moves across the site creating the walls and columns needed for the building. Each layer of concrete is roughly an inch thick. Driven by computer software, once a layer is complete the entire gantry moves up a little over half an inch and prints the next layer.

The printer stops printing where the doors and windows will be installed, creating openings for them as it prints each layer. The walls typically consist of two wythes of concrete, each approximately 2 inches thick, with a void space in between them. Reinforcing is set into the layers to tie the two wythes of concrete together so they act as a single wall. Columns can be printed and filled with rebar and concrete for added structural support where needed. The wall cavity between the two wythes of concrete can be used for wiring, plumbing, insulation at the exterior walls, and other items that would typically be installed inside the walls of a building.

Some of the anticipated benefits of 3D concrete printing for housing include less labor, fewer trades, shorter construction times, more durable homes, and reduced construction cost. Because of concrete’s resistance to fire and water damage, 3D concrete printed homes may help people living in fire and flood prone areas by providing them a home more likely to withstand these types of disasters. The technology can be used to provide quick housing for displaced people after disasters, and may also be a possible solution for the current houseless population in our country and abroad.

The walls of the Richmond house have been printed, and it is being completed currently by RMT Construction. The printer has also printed a home in Williamsburg, VA for Habitat for Humanity, with plans to print an entire neighborhood of 3D printed concrete homes next. Invite New Arkansans, but Keep the Old; One is Silver, the Other Gold